The italian democase is a social housing building which houses 21 dwellings located in Concordia Sagittaria, a small town near Venice. The building is in a poor state of preservation and it is currently the subject of interest of a retroffiting project promoted by Veneto region. The renovation process did not stop despite the difficulties related to the outbreak of the pandemic. ATER VENEZIA (the social housing company owner of the building) continued to develop the project in order to obtain the necessary authorizations both at national and regional level. Furthermore, an attempt was made to maximize the possibility of obtaining public funding also considering the new post-pandemic scenario.

The building renovation is aimed at improving its energy performance, with a 12 cm thermal insulation of the entire external envelope and replacing windows and doors. The substitution of the heat generation system and the integration from renewable sources is, at the same time, accompanied with seismic performance improvement strategies.

Currently, the project has been definitively approved in its executive form and a call for tenders has already been carried out to select the company that will perform the work. The construction is about to start even if some difficulties are being encountered in the supply of materials. The current international scenario and in particular the Italian one make it difficult to find construction materials due to the high number of construction sites that have been activated in the last year. 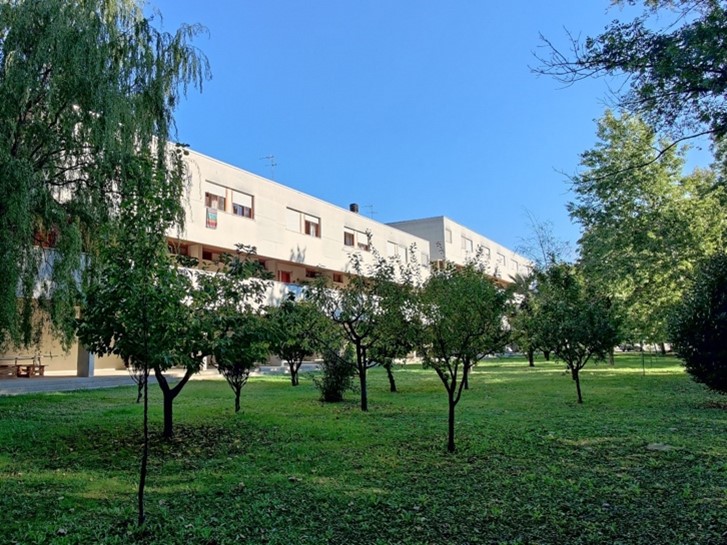 The building has been the subject of several activities as a case study of the TripleA-reno project. The inhabitants have been interviewed and a etnographic research was carried out collecting 14 semi-structured interviews and observing their behaviour for about 3 days.

After the breakout of Covid-19 pandemic, unfortunately, delays and social distancing have negatively affected the involvement of the inhabitants. Their distrust, which seemed to have been overcome after the interviews and the focus group work, has grown again. The relationship established with the ATER company, on the other hand, is still fruitful and it is desirable that TripleA-reno’s approach will be adopted in further renewal processes that will be activated in the future. The ethnographic approach has interested the company which considers it essential in successfully communicating with its tenants. ATER also believes that the TripleA-reno platform will benefit subsequent projects as it could allow for a more rapid estimation of the correct allocation of resources and the definition of priorities.

Go back to overview News